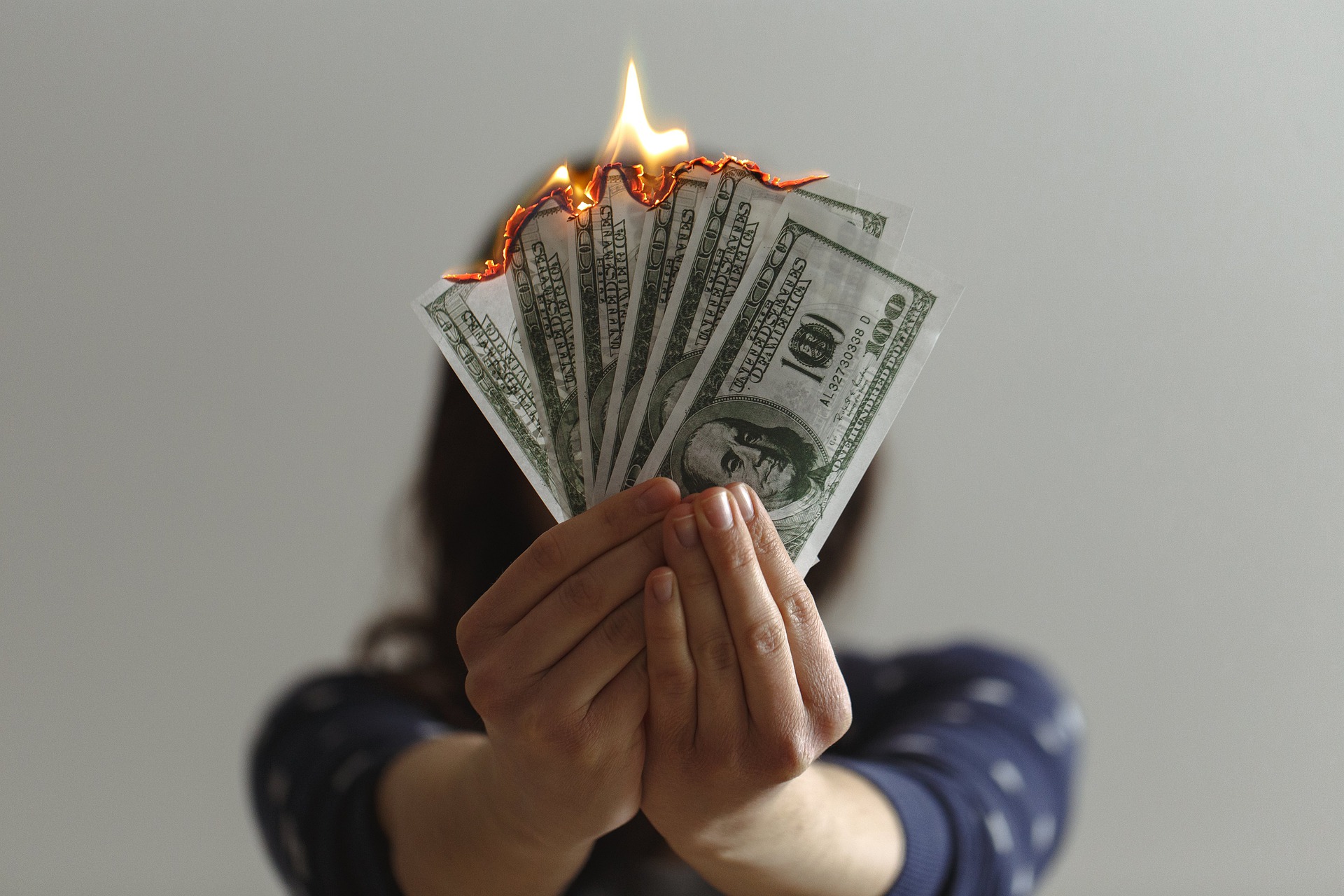 Have you ever wondered what happens to stocks when a company goes bankrupt? It’s every investor’s worst nightmare. While you can cling to hope if a still-functional company’s stock falls sharply, bankruptcy means things are hopeless, right?

Well, not exactly. Keep reading as I explain what happens to a stock when the underlying company goes under.

Note: This post contains affiliate links. If you click an Amazon link in this article and purchase something, I’ll receive a small commission. Rest assured, however; I only recommend books and products I believe in.

What happens to stocks when a company goes bankrupt?

When it comes to publicly-traded companies in the United States, there are two types of bankruptcy:

As you can probably guess based on these definitions, your prognosis is different as a shareholder depending on which type of bankruptcy the company files for. Let’s take a closer look.

What happens to your shares when a company files for Chapter 7 bankruptcy?

The short answer is that (according to the U.S. Securities and Exchange Commission), a company’s shares typically become worthless once it files for Chapter 7 bankruptcy.

The more nuanced answer? According to this SEC article, companies filing for Chapter 7 bankruptcy must repay their creditors in this order of priority:

The logic behind this is that investors who take on the least risk should be paid first when things go south. After all, secured creditors (by definition) invest with the understanding that collateral will be sold to compensate them if the need ever arises. In exchange for this reduced risk, they accept lower returns.

As a public shareholder, meanwhile, you sit at the opposite end of this spectrum. You stand to gain tremendously from the company’s success. However, you also stand to lose bigly if it goes under. If nothing is left to compensate you after secured and unsecured creditors have been paid, your stocks become worthless. In other words, you’ll lose all of your investment.

What happens to your shares when a company files for Chapter 11 bankruptcy?

The short answer is that your shares still have some value (albeit far less than before) when the underlying company files for Chapter 11 bankruptcy.

However, according to the SEC, companies filing for Chapter 11 bankruptcy are typically in such poor shape they no longer qualify for listing on major exchanges (i.e. the Nasdaq or New York Stock Exchange). Once these companies are delisted, you can only trade their stocks over the counter. Most investors never touch assets that trade in this fashion so those shares often become obscure and essentially worthless.

That said, investors sometimes scoop these shares up hoping to win big if the underlying company’s reorganization efforts are successful. This is a huge risk, though, as there are at least two negative potential outcomes.

First, obviously, the company’s reorganization efforts could fail, sending it (and your hopes of massive profits) up in smoke for good.

Even if the company becomes viable again, though, that doesn’t guarantee you’ll profit as a shareholder. Often, higher priority investors take control of the company and either severely dilute its shares or cancel them altogether.

When a company you’ve invested in becomes worthless, you can claim the loss on your tax return. While the resulting break won’t see you recoup all of that money, it can lessen the blow. Speak with a licensed tax preparer for more information about claiming such a loss properly.

How to avoid losing money to a corporate bankruptcy filing

As you can see, nothing good typically comes of a company you’ve invested in declaring bankruptcy. One way or another, you’ll likely lose most (if not all) of your money.

Here are some tips for avoiding this scenario.

Learn how investing works before you put money on the line

Investing in the stock market isn’t rocket science. It can certainly be intimidating if you’ve never done it before, though. If you’re in that position, take some time to understand the basics of investing before throwing your hat into the ring.

Despite what you might fear while watching stock prices skyrocket upward right now, there’s no such thing as a once-in-a-lifetime opportunity in the market. You’ll still be able to find good investments if you take a few weeks to learn the market’s mechanisms before jumping in.

In addition to my own post I’ve linked above, here are some popular book about investing you should read:

Individual companies are risky bets from an investment standpoint. They declare bankruptcy more often than you might think. Even seemingly solid companies can go under due to unforeseeable circumstances, as we saw during the COVID-19 pandemic.

For example, you can find index funds mirroring the S&P 500, a collection of America’s 500 largest companies. There are even index funds targeting companies in entire continents (i.e. Europe, North America, etc).

If one of the companies represented in an index fund you own declares bankruptcy, you probably won’t even notice. That’s the power of diversification.

“But Brandon,” you might be thinking. “Surely the returns with index funds are super low if they’re so safe.” Well, while it’s true you won’t experience GameStop-level returns in the short term, investors who stick with index funds actually outperform stock pickers over the long haul. Keep that in mind!

Check out this article from Plant Money Seeds for some tips on diversifying your portfolio.

Stay away from penny stocks

Of course, sometimes investors get it wrong. Many of today’s gargantuan companies started out as penny stocks. Check out this list for a few.

However, investing in penny stocks is still a huge gamble. They’re unproven and often lack proper oversight, making them more likely to go bankrupt (or fall to zero for some other reason) than your typical blue-chip stock.

If you’ve already invested in a company that’s starting to look shady, consider cutting your losses

Cutting your losses in the market can be difficult. It requires accepting that you initially made a poor call. This humility will prove rewarding, however, in that you’ll preserve your remaining capital rather than watching it disappear down the drain.

There’s a reason experienced investors (including Warren Buffett) consider cutting your losses to be among the most important market principles.

Before you invest in anything (be it an individual stock or even an index fund), do your research. Gather key information about the asset, such as:

In other words, go beyond merely opening up the stock’s performance chart in your brokerage app and drawing squiggly lines to convince yourself it’s headed for the moon.

When news of a particular stock’s meteoric rise seems to be everywhere, the temptation to buy can be strong. Resist that urge, though. For starters, if everyone is talking about a stock, the price is likely already so inflated jumping in right now would lead to mediocre returns.

Back to this article’s point, though, proponents of hyped-up stocks often overlook shaky fundamentals. It’s easy to get swept up in this cult of enthusiasm and end up investing in companies that don’t last. Avoid this altogether by steering clear of buying frenzies.

I hope this article has helped you understand what happens when a public company you’ve invested in goes bankrupt. The short of it? Nothing good. While there’s technically some hope if the company simply files for Chapter 11 bankruptcy, things typically don’t go well, according to the SEC.

Thankfully, this isn’t something you have to worry about much if you’ve built a diversified portfolio of strong assets. For more detailed articles about investing, click here.