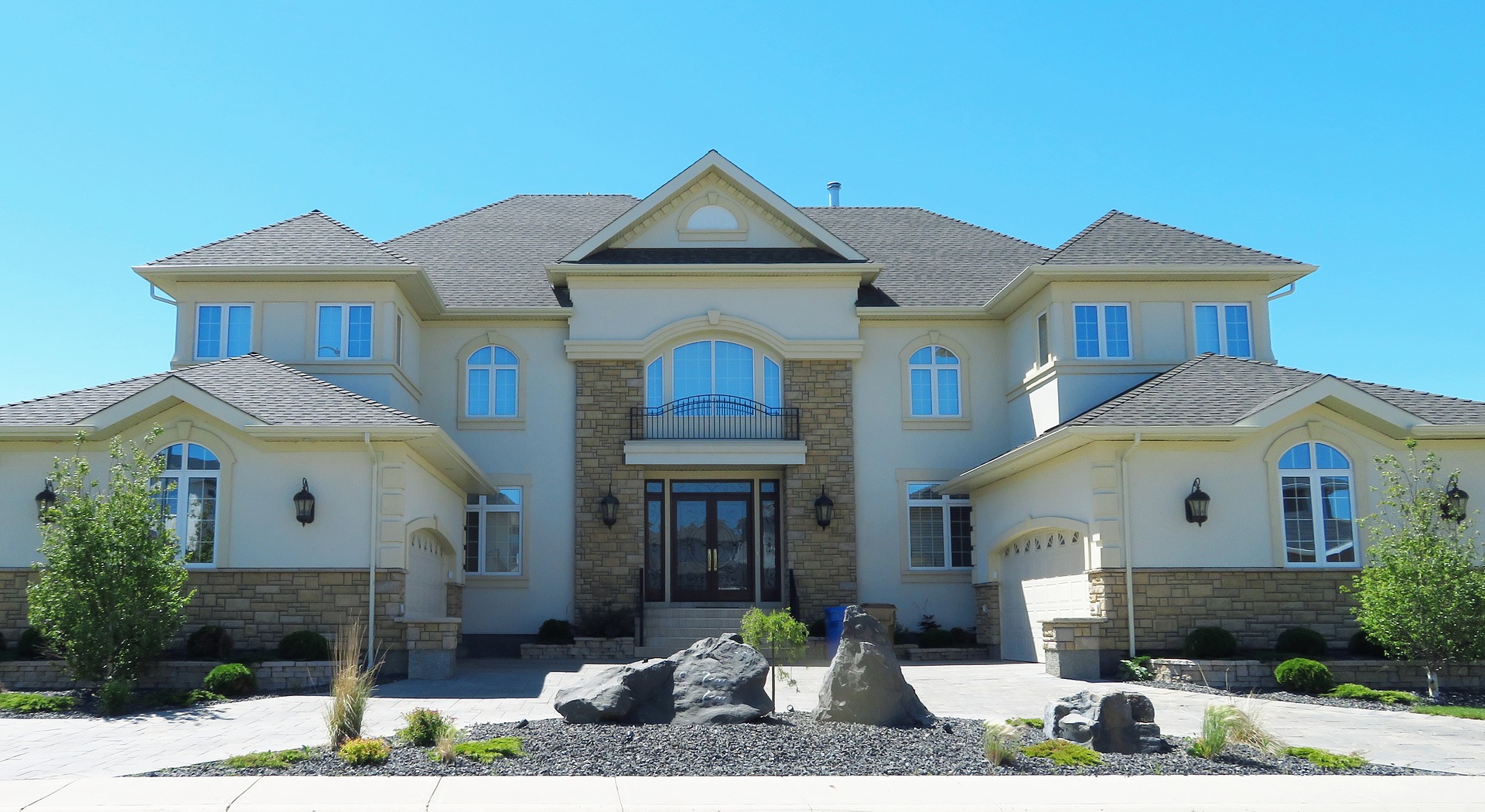 Did you know there’s a difference between being rich vs. wealthy? In this article, I’ll explain the nuances that separate these two classifications.

But first, why should you care? Well, as you’ll see throughout this article, even people with lots of money go broke as a result of assuming riches and wealth are interchangeable. Indeed, if you want to achieve financial independence sustainably, understanding the following differences is key.

In this article show
6 key differences between being rich vs. wealthy
1. Wealthy people generate income self-sufficiently; the rich rely on others
2. Wealthy people have high net worths; the rich simply have high incomes
3. A wealthy person could earn less than someone who’s rich yet still come out ahead
4. Even when wealthy people purchase flashy items, they do so efficiently
5. Wealthy people find joy beyond merely having lots of money
6. Wealthy people have detailed financial plans
How to go from rich to wealthy
Live below your means
Invest your money wisely
Avoid lifestyle creep
Begin thinking about wealth beyond your own lifetime
Conclusion

6 key differences between being rich vs. wealthy

1. Wealthy people generate income self-sufficiently; the rich rely on others

Wealthy people typically generate substantial incomes through investments such as stocks, real estate, their own businesses, and so forth. Meanwhile, rich people typically receive lots of money solely through employment or some other source they don’t fully control (i.e. an allowance from a parent or spouse).

Bob is the majority shareholder of a successful private company. On top of that, he collects rent from several properties every month and has a sizeable stock portfolio. These assets produce more than enough income to pay for a lavish lifestyle, including a large home and several luxury vehicles.

Steve, meanwhile, is a professional football player. During his professional career, he earns roughly the same amount as Bob each year and lives a similarly lavish lifestyle. However, he has no substantial investments.

Bob is wealthy. As long as he holds his assets (which he can do forever), they’ll continue generating income for him every year. He’s truly self-sufficient.

Steve, however, is merely rich. When he inevitably retires, his income will dry up. Without any investments, he won’t be able to sustain his lifestyle at that point. He’s not earning money self-sufficiently.

To build on my previous point, wealthy people have high and productive net worths. Those who are merely rich, meanwhile, merely have high incomes.

This is a very important distinction because a wealthy person’s high net worth represents significant assets that can be sold to unlock capital.

To reference my earlier examples, Bob can sell his business for a significant sum of money. Steve can’t sell his position in the NFL, though. He merely signed a contract that lets him hold it for a limited time.

This distinction also matters because wealthy people are legally entitled to the rewards of their assets becoming more valuable. The rich, however, have limited control over any surplus generated by their efforts.

If Bob’s business triples its profits, for instance, his payout will theoretically grow by that amount as well. The same logic doesn’t necessarily apply to one of Bob’s highly-paid employees who triples their own productive output. Yes, it would be smart of Bob to give them a raise. He doesn’t have to, though. Even if he does, it probably won’t be for three times their current salary. That employee may be rich – but they’re not wealthy like Bob.

Check out this article from The Frugal Expat for a closer look at why net worth matters.

3. A wealthy person could earn less than someone who’s rich yet still come out ahead

In the late 1990s, Mike Tyson was very rich, having earned upwards of $20 million per fight on multiple occasions. Yet he declared bankruptcy in 2003, at which point he was $23 million in debt.

Millions of people who earn far less in their entire lives than Mike Tyson does in a single fight have higher net worths than the legendary boxer. He’s rich but they’re wealthy.

The key is that, as I’ve mentioned a few times now, wealthy people own productive assets that boost their net worths. Rich people like Mike Tyson buy fancy cars, exuberant vacations, and tigers – possessions that actually depreciate in value.

4. Even when wealthy people purchase flashy items, they do so efficiently

When a rich person buys something like a luxury vehicle, they often do so inefficiently. For example, they might use their own cash or take on significant debt – both of which are inefficient uses of capital when it comes to buying such a rapidly depreciating asset.

Someone who’s wealthy, meanwhile, will typically find more efficient ways to purchase whatever luxuries they want. For example, they might lease vehicles through their companies, which offers tax advantages.

By approaching frivolous purchases in a more calculated way, wealthy people minimize the damage. They’re not like rich people who see something, want it, and then acquire it through any means necessary.

5. Wealthy people find joy beyond merely having lots of money

Rich people are often neurotic about money, clinging to their high incomes. This makes sense. As I mentioned earlier, once a rich person’s income dries up, so will the exuberance of their lifestyle.

Wealthy people, meanwhile, are typically more secure. They know as long as they stick to their financial plan, they won’t have to worry about money ever again. This frees them up to focus on aspects of life that will ultimately make them happier than merely having money ever could.

As I mentioned in my article about why money does buy happiness, wealthy people often derive pleasure from making charitable donations. They also often enjoy building generational wealth.

The key takeaway regarding this point? While rich people revel in the fact they have money (and regularly buy status symbols to remind them of it), wealthy people are past that. They instead derive joy from productive and charitable activities they’re able to do with their money.

Wealthy people take charge of their finances with detailed plans geared towards specific outcomes (i.e. retirement, leaving an inheritance for children, etc). Rich people assume they have enough money to transcend the need for such care.

This comes back to the central point I’ve highlighted several times so far. Wealthy people view money as an asset meant to be handled wisely for a greater purpose while rich people see it as merely a means of paying for exuberant lifestyles.

How to go from rich to wealthy

A core belief of mine is that nobody is doomed to inhabit their current financial status forever. If you’re rich and striving to become wealthy, here’s how it’s done.

Live below your means

Just because you earn a significant salary doesn’t mean everybody should be able to tell simply by looking at your wrist, house, or car. In fact, status symbols almost always deliver poor returns – especially when you factor in the cost of ownership.

Live below your means. That means:

Check out this article for some tips regarding how to do all of these things and live below your means.

Once you’re living below your means, put your budget surplus to good use. That means investing it in assets that will reliably grow your net worth. Check out this article for an explanation of the different types of investments wealthy people often purchase (i.e. stocks and real estate).

Investing is such an important part of becoming wealthy because even as a high earner, income from sources you don’t control has a ceiling. You can only work so many hours and produce so much value on any given day by yourself. With assets (whether they be shares in your own company or a major corporation like Apple) working on your behalf, though, the earning potential is much greater.

Lifestyle creep is the practice of habitually increasing your spending every time you get a raise. The end result is that raises never actually put you ahead. Instead, you stay running in circles while other people (i.e. your local car dealership, jewelry story, or whoever else you visit during post-raise spending sprees) profit.

Avoid this habit at all costs. If you’re rich, you can already afford life’s necessities and a reasonable degree of comfort. Put any extra money you earn towards becoming wealthy through investments and other financially wise moves. You won’t regret it.

A family friend of mine was a master at this. He lived in the same house from the 1980s until the day he died in 2021 despite earning many millions over that period. Instead of buying progressively fancier things, he invested his money in profitable businesses and donated quite a bit. He was the happiest, most content man I’ve ever known.

Begin thinking about wealth beyond your own lifetime

None of us own money in an eternal sense. We’re simply holding onto it for the time being. I find contextualizing wealth this way is helpful. It forces me to consider how I might use money as wisely as possible while it’s in my possession.

If you have children (or some other descendants you’d like to leave money for), this line of thinking is particularly relevant. Whenever you’re tempted to spend excessively on needless consumption, consider how much more fulfilling it would be to invest that money wisely and leave the next generation greater assets.

While riches and wealth might seem like the same concept, they’re actually quite different. I hope this article has helped you understand what it takes to go from merely having a high income to actually building meaningful and empowering wealth.

For more of my in-depth personal finance articles, click here.

Do you find yourself unconsciously spending thousands (or perhaps even tens of thousands) of dollars on random junk every year? Keep reading as I share some tips regarding how to stop buying things you don't need. I'll cover simple yet proven strategies for eliminating impulse spending and becoming more intentional with your money.

Being unable to pay your bills can be nerve-wracking. You might be worried about losing your good credit score or even your home. Don't panic, though. In this article, I'll share a few tips regarding what to do if you can't pay your bills. Spoiler: You have more options than you might think.

Many people view money as little more than a means of paying for products and services. In reality, it's actually the greatest wealth-building tool out there. In this article, I'll discuss how to make your money work for you using a variety of tried and true methods.

Some people will always pursue get rich quick schemes. Perhaps you're one of them. In this article, I'll share some legitimate strategies for building wealth rapidly.