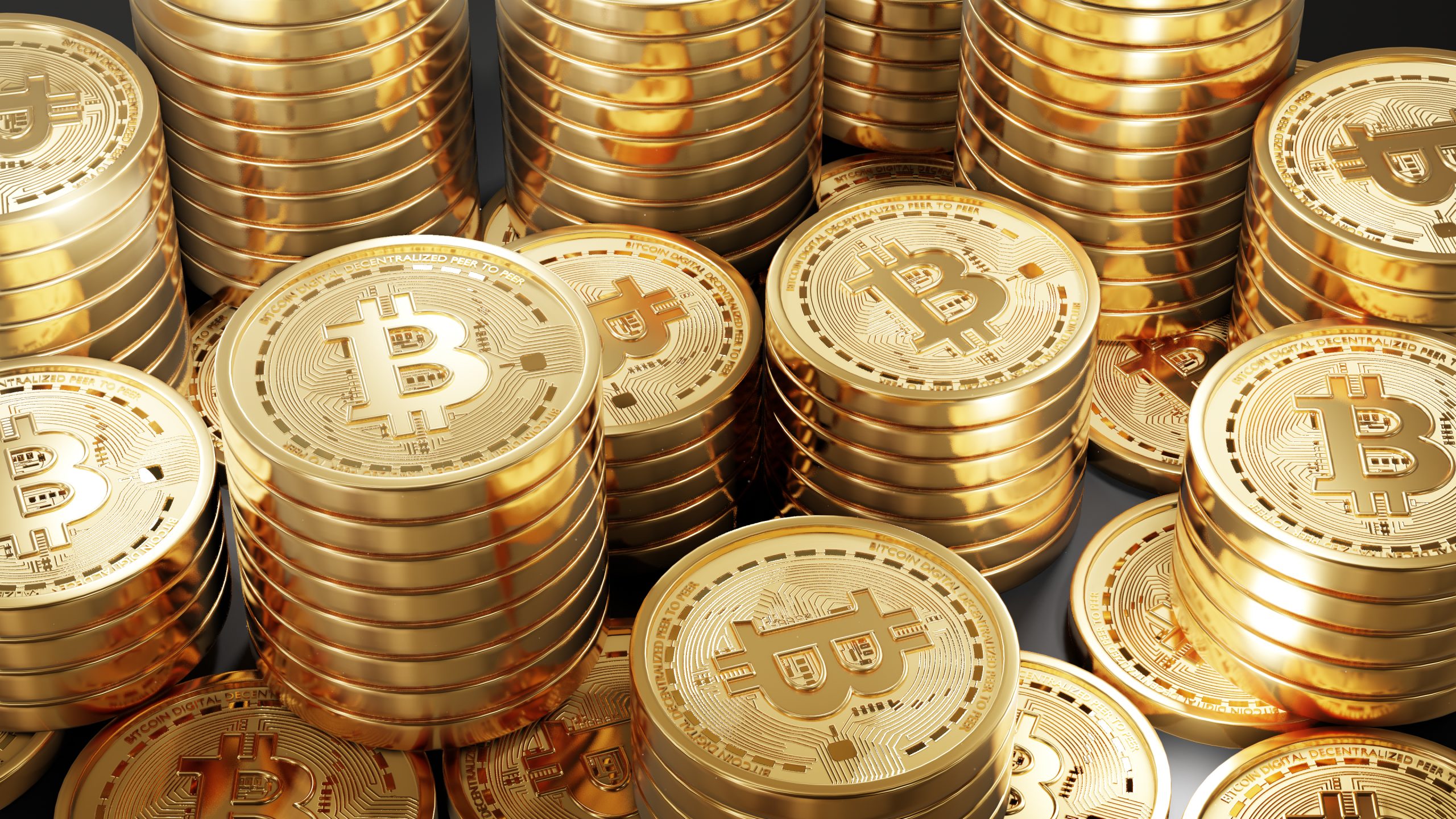 Since its introduction in 2009, Bitcoin has experienced a meteoric rise, to say the least. But where will Bitcoin go from here? Is it too late to buy Bitcoin? Keep reading as I provide some food for thought.

In this article show
My position and history regarding Bitcoin
Is it too late to buy Bitcoin? 7 important points to consider
1. Nobody knows for certain
2. Your expectations matter a lot
3. Bitcoin is not the be-all and end-all of blockchain technology
4. If you’re asking, you may not be in the right headspace to buy Bitcoin
5. Bitcoin can (and does) grow with no driver beyond increased speculation
6. Bitcoin is (by design) increasingly difficult to mine
7. To date, the answer has always been no
Is it too late to buy Bitcoin? Conclusion

My position and history regarding Bitcoin

I currently don’t own any Bitcoin. I’m not shorting it, either. The last time I had a vested interest in Bitcoin was in 2019 when I sold the last of my holdings for a respectable profit and went all-in on index investing.

I say all of this to provide some context before diving into the meat and potatoes of this article. I have nothing to gain or lose by convincing anyone Bitcoin is heading up or down. In fact, I’m not trying to convince anyone either way in this article. I’m just hoping to provide some thought-provoking points as someone who’s been paying attention to Bitcoin for a few market cycles at this point.

Is it too late to buy Bitcoin? 7 important points to consider

1. Nobody knows for certain

You’ll never arrive at a definitive answer regarding whether it’s too late to buy Bitcoin.

For starters, nobody knows for certain which direction Bitcoin is heading in the next 10 days, let alone 10 years. That’s a crucial piece of the puzzle when determining whether Bitcoin’s current valuation leaves any room for new investors to turn a profit going forward.

There’s also no universally agreed-upon method for determining Bitcoin’s true value. It’s not a company with assets and sales you can plug into a formula. Rather, its value hinges primarily on supply and demand, which is a much more fickle concept.

Keep this in mind when reading my take (or anyone else’s) on this topic.

2. Your expectations matter a lot

If you’re hoping to buy Bitcoin today and achieve those sorts of returns, my opinion is that it’s probably (read: definitely) too late to buy Bitcoin. If repeated, those gains would leave Bitcoin with a price of $17 million per coin (based on historical percentage return figures from CoinMarketCap). Given there are 21 million Bitcoins, I’ll let you do the math and see how ludicrous Bitcoin’s market capitalization would be at that level.

If you have more reasonable expectations, though, it may not be too late to buy Bitcoin and turn a respectable profit.

3. Bitcoin is not the be-all and end-all of blockchain technology

Bitcoin enthusiasts often point out that blockchain remains in its early stages, with most financial transactions still taking place on traditional infrastructure. Their rationale is that blockchain technology still has plenty of room for adoption and will take Bitcoin’s price to the moon as it gobbles up more market share.

However, Bitcoin isn’t the only instance of blockchain technology out there. In fact, it’s entirely conceivable another cryptocurrency (or perhaps several) might overtake it. Therefore, it could also conceivably be too late to buy Bitcoin yet still early enough to invest in blockchain technology. I think it’s important to separate these two concepts and perhaps consider other blockchain investments if you aren’t already.

4. If you’re asking, you may not be in the right headspace to buy Bitcoin

Bitcoin seems to cycle through phases of euphoria followed by extreme fear, uncertainty, and doubt (FUD). This will eat you alive if your reason for asking, “is it too late to buy Bitcoin?” is that you lack faith in Bitcoin as a long-term investment. When Bitcoin’s price pulls back (as it always does sooner or later), you’ll probably crack and panic sell. At that moment, it will truly seem like the fun’s over and there’s no more money to be made with Bitcoin.

Keep in mind, after all, that Bitcoin’s price has crashed and subsequently flatlined for years at a time in the past.

Consequently, I don’t think it makes sense to buy Bitcoin unless you believe in it strongly enough to hold for several years without flinching or paying attention to the price.

5. Bitcoin can (and does) grow with no driver beyond increased speculation

As I mentioned earlier, Bitcoin’s price hinges primarily on supply and demand. The more people want to buy it, the higher its price climbs.

One effect of this is that Bitcoin’s price often rises without significant improvements being made to the underlying technology or any substantial increase in usage beyond people purchasing it as a speculative asset.

That’s important to keep in mind when evaluating Bitcoin in the context of this article’s main question. You don’t have to believe Bitcoin has tremendous technological growth ahead of it to believe there’s money to be made by purchasing it. You simply have to believe the supply of people willing to speculate on Bitcoin will continue growing.

6. Bitcoin is (by design) increasingly difficult to mine

As of writing, just over 18.8 million Bitcoins have already been mined. According to Investopedia, current estimates state all Bitcoin will be mined by the year 2140.

Bitcoin bulls argue that when you combine these factors with an ever-increasing pool of people interested in speculating on the asset, all signs point to its price continuing to skyrocket. If this assumption is true, one could stand to reason it’s not too late to buy Bitcoin.

It’s also worth pointing out, however, that deflation isn’t universally heralded as a good thing. Check out this CoinDesk article for an interesting counterpoint and look at what might happen once all 21 million Bitcoins are mined in order to maintain the network. If the supply must be raised to keep transactions flowing, that might deal a significant blow to Bitcoin’s core functionality as a deflationary currency akin to gold.

7. To date, the answer has always been no

Past performance doesn’t indicate future returns. However, it’s worth noting Bitcoin has repeatedly proven its ability to reach new heights for years. I think back to 2017 when many people were surprised to see Bitcoin reach $20,000. At that point, it’d have been easy to assume it was too late to buy Bitcoin. I mean, $20,000? How much higher could it go? Yet just four years later, Bitcoin’s price exceeded $65,000.

While nobody can definitively say this will continue indefinitely, there’s no denying Bitcoin has historically rewarded those who believe it’s not too late to invest. Make of that what you will.

Is it too late to buy Bitcoin? Conclusion

As you can see, whether or not it’s too late to buy Bitcoin depends on a variety of factors and several unknowns. Nonetheless, I hope this article has left you with some food for thought regarding whether you should invest in Bitcoin at this stage.

My personal take? I think there’s probably still decent money to be made investing in Bitcoin. However, my confidence in its ability to outperform traditional investments over the long haul isn’t high enough to withstand Bitcoin’s volatility. Consequently, I don’t own any. Your analysis may lead you in the opposite direction – and that’s alright!

Check out more of my articles on the topic of investing here.