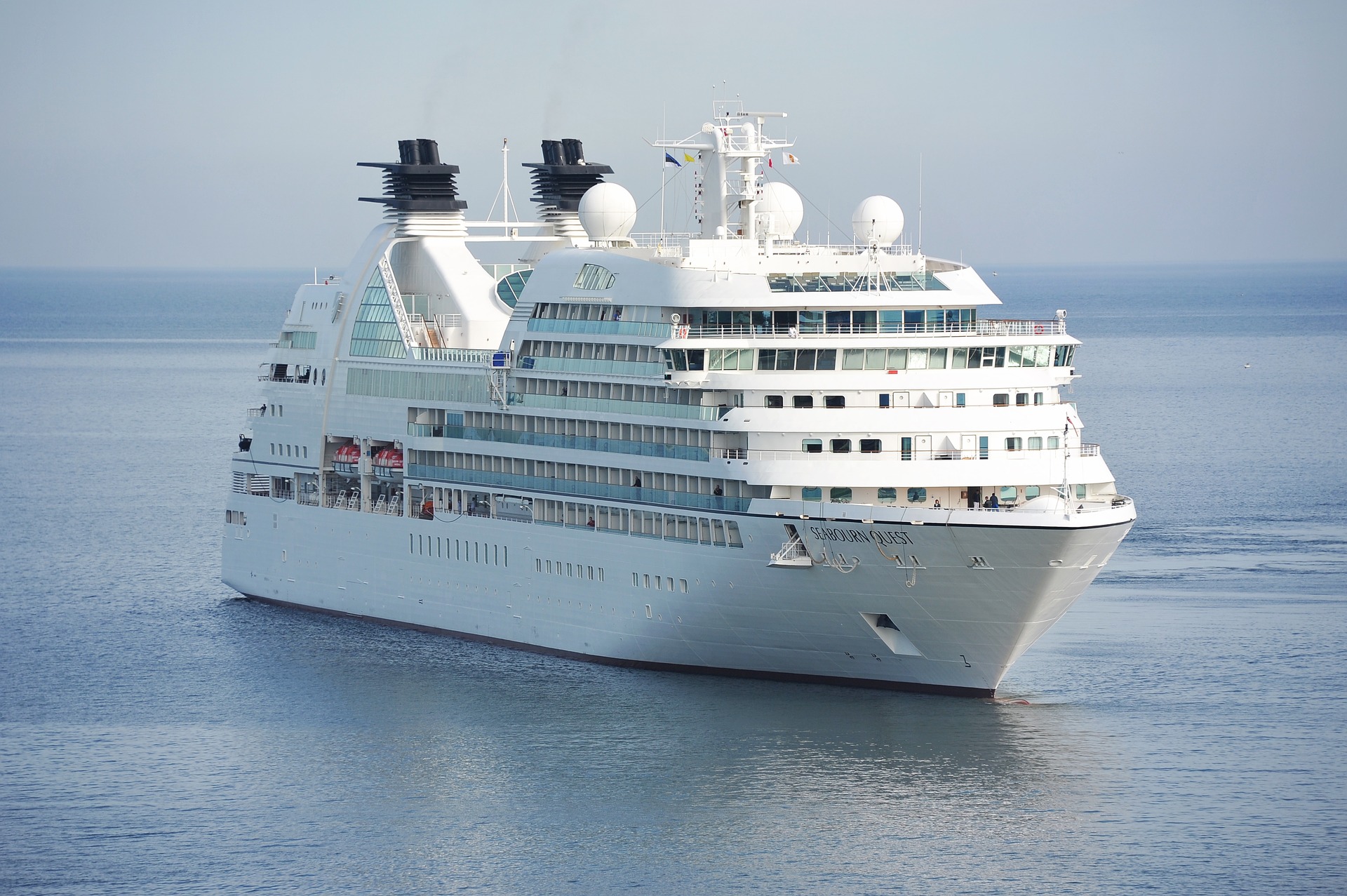 Luxurious experiences and possessions aren’t just for rich people. In this article, I’ll discuss how to live a luxurious life on a budget without betraying common sense values such as living below your means. In the process, I’ll challenge common conceptions about what “living a luxurious life” even means to begin with.

Without further ado, let’s dive in!

How to live a luxurious life on a budget

1. Rent luxury items rather than buying them

Many people instinctively believe living a luxurious life necessitates owning status symbols. There are several issues with this line of thinking, though.

For starters, being the owner of a luxury item means you’re responsible for long-term maintenance costs. That BMW, for example? According to Your Mechanic, it will cost you an estimated $17,800 to maintain over the course of 10 years. Most people who want BMWs can’t afford the long-term financial consequences (i.e. having substantially less money in retirement) of spending that much cash on maintaining a status symbol.

It’s also worth pointing out any luxury items you own will become mundane eventually. Consequently, the luxurious life you seek likely doesn’t actually necessitate you owning those things 24/7.

I wore a $10,000 Rolex every day for several years. Four years in, I was no longer thinking, “Hey, this is a super cool $10,000 luxury watch!” It became just a watch and my luxurious aspirations shifted elsewhere.

The same thing happens with cars. A C-Class Mercedes Benz might feel luxurious today but before long, you’ll notice how much cooler the S-Class models are.

The solution to these two problems? Enjoy luxury items by renting them occasionally.

A watch might not be the best example of this but you can certainly rent luxury vehicles (and homes – check Airbnb) for a few weekends every year. You’ll likely find this “scratches the itch,” so to speak.

By renting, you can also easily change things up to keep life interesting. This time you might choose a BMW but if a Lexus catches your eye, try that next. Meanwhile, people who own luxury items are stuck with them until they sell (usually at a huge loss).

2. For luxury items you must buy, get what you really want

People who want to live luxuriously on a budget often buy cheaper versions of things they actually want thinking that will scratch the itch.

For example, someone who wants a Rolex Submariner might buy a Tudor Pelagos. That might satisfy them for a few months but they’ll inevitably end up wanting the Submariner again. They may even need to sell the Pelagos at a loss to get it.

No matter what luxury item(s) you’re after, cut to the chase and get exactly what you want. It will be cheaper in the long run. If you can’t afford a particular item now, wait.

3. Figure out what luxuries really matter and pursue those

Popular culture is packed with many stereotypes of what a “luxurious life” looks like. Supposedly “must-have” possessions include a huge house, an expensive car, and a fancy watch.

But do you actually want those things? If a Google search for “how to live a luxurious life on a budget” brought you here, you probably think the answer is yes. However, you should challenge that assumption. It’s possible you merely associate certain possessions with the lifestyle you want because people who own them tend to have that lifestyle.

For example, you might assume you want a boat because families who own them seem so carefree whenever you see them while on vacation. What you probably really want is to be carefree like them. The boat may be irrelevant to that goal.

It’s important to think critically like this when you have limited resources but would like to live luxuriously nonetheless. You can’t afford to make such colossal missteps as buying things that won’t produce the desired effect (making you feel you’re living a luxurious life).

Avoid this by figuring out what luxuries actually matter to you. Then, direct your resources there.

An asymmetric bet is one in which the potential upside is vastly greater than the potential downside. For example, some believe investing $100 in cryptocurrency represents an asymmetric bet. In the worst-case scenario (your chosen cryptocurrency goes to zero), you’d be out $100. In the best-case scenario, you could turn that money into thousands of dollars.

Assets representing asymmetric bets are a great place to keep money earmarked for luxury purchases. Saving towards a $2,000 handbag, for example? You could throw that money in cryptocurrency. In the best-case scenario, you’d hit the $2,000 mark faster. You might even exceed it and have money left over after the purchase. In the worst-case scenario, meanwhile, you just wouldn’t be able to buy a handbag.

“But Brandon,” you might be thinking. “Why bother? Why not just save towards my luxury purchase, even if it takes longer?”

There’s certainly nothing wrong with that approach. However, I’ve found that making asymmetric bets keeps things interesting and puts luxury purchases in perspective.

Making a luxury purchase is not the goal. Doing well enough financially that you can afford to make luxury purchases is the goal. When an asymmetric bet pays off, you can be sure this is the case. Consequently, you might enjoy that luxury item more than if you saved and sacrificed for months to get it.

5. Ask for upgrades when traveling

You’d be surprised what people in hospitality industries (i.e. airline representatives and hotel front desk attendants) are willing to do if you simply ask nicely. In fact, a well-worded request can have you enjoying a level of luxury you otherwise couldn’t afford.

In my experience, it helps if you:

Check out this great article from USA TODAY for some tips on confidently asking for (and getting) hotel room upgrades. Inc. Magazine, meanwhile put together this guide to getting bumped up to first class.

You’d be surprised what wealthy people give away – and how often thrift store attendants grossly underestimate the value of items. You can often buy brand name items at a steep discount if you’re willing to sort through shelves at thrift stores for an hour or so.

There’s also just something cool about luxury items that show signs of wear (at least in certain cases, such as jackets).

7. Use buyer’s remorse to your advantage

I once scored a great deal on a basically brand new Omega Speedmaster. My secret? I bought it from a guy who had serious regrets about paying $4,500 for a watch. If I recall correctly, his wife’s reaction had something to do with it.

The guy he bought the watch from didn’t want to take it back so he listed it for sale on a wristwatch enthusiast forum. I swooped in and offered him $4,000. He readily accepted. After all, it’s better to be in the doghouse over $500 than $4,500.

This scenario is more common than you might expect. People are always buying luxury items and subsequently having major regrets. Often, they can’t return those items (i.e. if they bought them second-hand or are beyond the return window). You can score some pretty great deals by waiting on the sidelines to with a bucket of cash to rescue these people.

If there’s a particular type of luxury item you’d like to buy, join enthusiast buy/sell forums. You should also keep an eye out on eBay. Just be sure you know enough about the items you’re looking to buy and can authenticate them.

8. Know your limit – and play within it

Many well-meaning people mistakenly focus too heavily on the “living luxuriously” aspect of this topic while ignoring the “on a budget” component.

If you’re going to spend money on things that will very likely depreciate in value, you must have a hard limit (i.e. only being able to spend so much per year) in place. These limits should take into account your important financial goals. In other words, your enjoyment of luxuries shouldn’t come at the cost of long-term goals like retirement or buying a home.

Check out my second point in this article for an ordered list of sensible financial priorities. Note that luxuries are way at the bottom, meaning you have lots to take care of before spending a dollar on frivolous things.

Don’t be afraid to let loose once your other priorities are taken care of, though. At that point, you’re justified in having fun.

9. Don’t try to keep up with the Joneses

My last tip regarding how to live a luxurious life on a budget entails pursuing your version of luxury rather than someone else’s.

After all, at the end of the day, you’ll never be happy if your primary motivation for pursuing a luxurious lifestyle is to keep up with those around you. There will always be people with enough resources to obtain fancier things than you. Failing to accept this will leave you stuck running in place.

Instead, figure out what you want (see my third point again) and don’t even worry about what anyone else has. Seriously – it doesn’t matter. Most of the people you might be tempted to compete with likely won’t even be part of your life 10 years from now.

How to live a luxurious life on a budget: Conclusion

I hope this article has helped you rethink the concept of attaining a luxurious life. With proper planning and a level head, it doesn’t have to come at the expense of your long-term financial goals.

Check out some of my other articles on the topic of financial planning here.