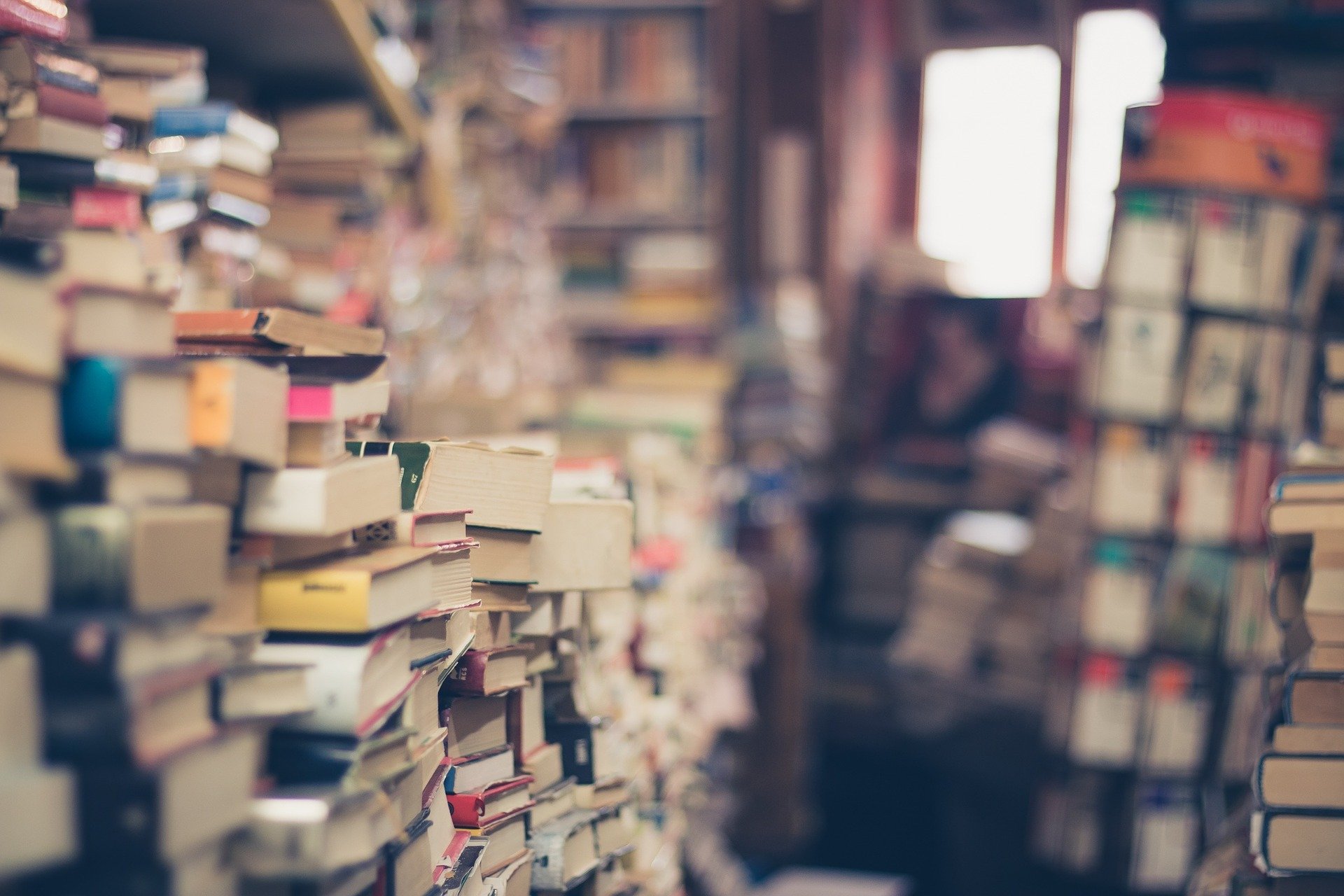 As much as I respect classic personal finance books like Rich Dad Poor Dad and Total Money Makeover, I’d argue they don’t fully address the most pressing economic challenges of the modern era.

Since those books were released in the 1990s and early 2000s, income inequality has risen sharply along with household debt. Years of inflation have also left families paying more for basic goods despite wages remaining stagnant.

In other words, the world has changed – a lot. Arguably more than ever before in modern history, the world of personal finance is inextricably linked to outside pressures.

This is why I recommend reading the following unconventional financial literacy books in conjunction with the classics. The context they provide will make you more informed and nuanced.

You’ll start to recognize that personal finance is about much more than pulling yourself up by the bootstraps. It’s also about paying attention to the world at large and keeping a level head as it shifts, which these books will help you do.

In this article show
6 unconventional financial literacy books to buy today
1. I Will Teach You to Be Rich (Second Edition)
2. Capitalism in America
3. The Narrow Corridor
4. The Big Short
5. Stress Test
6. The Slight Edge

Note: This article contains Amazon affiliate links. If you purchase one of these books through Amazon, I’ll receive a small commission. Rest assured, however; I’ve read tons of books and am only recommending the ones that delivered genuine value.

1. I Will Teach You to Be Rich (Second Edition)

In my opinion, this ranks firmly among the best modern financial literacy books for young adults.

I Will Teach You to Be Rich by Ramit Sethi is the book that got me to care about personal finance. Up until then, I never thought of myself as a “money person” because the conventional “don’t spend money on anything, ever” ethos didn’t resonate with me.

In I Will Teach You to Be Rich, Sethi proposes a more approachable strategy for getting your finances in order. Rather than shaming you for things like buying coffee, he delivers a formula for building wealth without robbing yourself of joy.

Now, some might describe his approach as being too soft. Personally, I don’t care. I credit this book with helping me save and invest hundreds of thousands of dollars in the two years since I’ve read it.

If it transformed my personal finances so drastically, I can only imagine what it might do for you. I mean, I certainly wasn’t reading personal finance blogs in my spare time prior to picking up this book like you are right now.

This book is for personal finance beginners who want to learn the basics of budgeting and investing without hearing some guru recycle Ronald Reagan’s economic talking points or brag about how disciplined they are. If that’s you, buy this book. You won’t regret it.

If you already have a decent understanding of personal finance (i.e. you confidently maintain an investment portfolio), this book may be too basic. It’s really meant for a younger, less-experienced audience.

If a single book could remedy this, it would be Capitalism in America by Alan Greenspan and Adrian Wooldridge. The text offers a deep look at America’s rise as an economic superpower under capitalism.

It’s not propaganda, though; the book also explores capitalism’s many shortcomings (including its role in slavery) and proposes a number of improvements to its modern iteration in the United States.

As an investor, this book has helped me think more critically about markets as having the potential to continually evolve towards increased fairness rather than viewing them in idealized terms as I feel many in the personal finance sphere are guilty of.

If you want to become a more informed investor capable of interpreting economic policies and having meaningful, nuanced conversations about capitalism, this is a great starting point.

Honestly, if you invest and care about money at all, this is one of the most important financial literacy books out there. I can’t think of any financially-engaged demographic that wouldn’t find value in this book.

While the previous book details America’s ascent as the world’s economic superpower, The Narrow Corridor reveals how precarious wealth and apparent stability can be.

Savvy long-term investors will see this as a reminder to take geographic diversification seriously rather than assuming America is some infallible, eternal economic giant.

Despite not presenting itself as such, this book is perhaps one of the best literary arguments in favor of geographic diversification when it comes to investing.

It explores the challenges countries throughout history have faced with achieving lasting stability. The authors also build a convincing argument against the idea that America (often seen as a safe haven for investors) is somehow immune to the conflicts that plague “lesser” nations.

By the end of the book, you’ll have a newfound appreciation for the idea of spreading your money out, even if American markets seem bulletproof today.

This book will be of most use to those interested in geopolitics, culture, and economic history.

If reading the word “geopolitics” in the previous sentence made you yawn, this book isn’t for you – at all.

The Big Short by Michael Lewis provides an insider’s view of the 2008 financial crisis.

It’s another one of my favorite financial literacy books that disrupts the false sense of security many investors have.

Before COVID-19 came along and dwarfed all prior recessions in living memory, the financial crisis of 2008 loomed large in everyone’s minds. The Big Short reveals, in vivid detail, how everything went down.

It tells the story of capitalistic exuberance, greed, and incompetence and how a handful of investors were able to make out like bandits betting against the system.

It’s an entertaining read. More importantly, though, it will help you think more critically about markets and the surprising ease with which blatant schemes can run amok with their perpetrators ultimately going unpunished.

This book is a very valuable resource for anyone seeking a detailed understanding of the 2008 financial crisis. Even if you’ve already seen the movie, the book contains enough new and interesting information to be of value.

The Big Short is intriguing enough to interest just about anyone who’s into personal finance.

In Stress Test, former U.S. Treasury Secretary Timothy Geithner offers his insights into the government’s response to the 2008 financial crisis.

While The Big Short details what caused the 2008 financial crisis, Stress Test provides some context regarding what the U.S. government did about it.

The book reads an embattled economist’s attempt to save his legacy from eternal ridicule – and fittingly so since that’s exactly what it is.

Timothy Geithner, who served as Treasury Secretary under Obama, offers justification after justification for policies that have been derided as crony capitalism by the left and right alike.

Whether you buy these justifications or not, Geithner’s role in shaping the government’s response to the Great Recession makes him undoubtedly one of the most consequential figures in modern economics and politics.

Listening to his rationalizations (some of which actually are quite convincing) will make you more informed. You’ll have a better understanding of why governments respond to economic turmoil the way they do. This, in turn, should help you keep a level head during future downturns.

If you’ve ever wondered how governments determine which companies to bail out in a recession, this book offers some insights.

If you’re a complete communist who sees Obama as Satan for bailing out the banks, this book will probably only serve to anger you.

The Slight Edge by Jeff Olson is all about building momentum. It humanizes the concepts of excellence and success, helping you see how small positive decisions can drastically improve your life over time.

The Slight Edge by Jeff Olson actually isn’t about money in any overt way. It is, however, about the concept of compounding and how small steps in the right direction can lead to dramatically better outcomes down the line. Any investor will easily be able to apply these ideas to their wealth-building.

Put simply, The Slight Edge is one of the most empowering books I’ve ever read. It will motivate you to push forward in all areas of your life (including financially) even when it seems like you’re barely moving.

Note: Full disclosure, I’m not a fan of Jeff Olson’s business model, which is alleged to be a pyramid scheme. His book as absolutely nothing to do with that, though. In fact, I read it before I knew much about the guy and never would have guessed.

If you find it hard to get motivated about saving or investing due to a lack of funds, this book will change everything. Jeff Olson provides statistical evidence along with personal stories detailing how even seemingly minor progress can translate into big wins.

This is another book I really can’t see anyone not enjoying. It’s about as motivational as any book can get without being annoying.